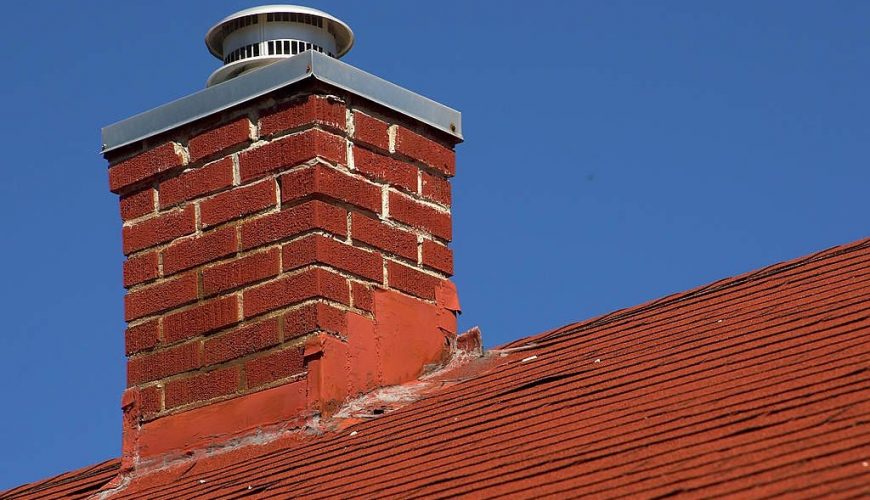 Chimney’s used to be a regular addition to every home here in Manitoba for the heating appliances. It used to be that all the furnaces and water heaters used a metal lined chimney to exhaust the flue gases up and out. As time went on and technology got better, the necessity of a metal chimney became less and less mainstream. Electric water heaters became more popular and they no longer needed chimneys at all. Natural gas furnaces became more and more efficient and these days, do not require the ‘old school’ metal chimney which went straight up to the roof.  Ever since the 90% + efficient furnaces, we are now able to vent their exhaust out the side of the foundation. So efficient that they extract most all of the heat from the combustion process and can be vented using plastic! Not just any plastic but a special grade, called 636. And now even the gas water heaters have efficiencies which also allow them to use the plastic, 636 venting out the side of the home.

When we encounter an older furnace in a home which needs replacing, we replace it with a high efficient furnace.  Since 2010, a high efficient furnace a minimum standard for all residential replacement furnaces here in Manitoba.  Sometimes this leaves a gas water heater hooked up to a chimney all alone, which was originally sized for both of the appliances (both gas furnace and gas water heater). Chimney size (diameter) varies depending on the size (capacity) of equipment using it. They can range anywhere from 4” and up to as large as 8” in some homes. After removing the furnace from a shared chimney, the smaller of the two appliances is no longer large enough for such a large diameter chimney.

The diameter of a chimney is measured to ensure ‘Stack Action’ is maintained. Stack action is needed to ensure the harmful flue gases fully exit the chimney. It works on the basic principle of hot air rising, or in this case hot exhaust.  If the flue gases cool too quickly which can happen if the diameter is oversized, then condensation may occur.  This moisture can rot the walls of the chimney and cause the flue gases to be able to infiltrate the building envelope.  Harmful CO (Carbon Monoxide) gases can be fatal.

A couple of years ago, the ‘Manitoba B-149 gas code’ regarding chimneys in Manitoba changed.  Where it used to allow a chimney vented water heater to continue to use a chimney it once shared with an older furnace, now, when you replace the furnace with a high efficient model which no longer uses a chimney, you MUST have the chimney resized to the smaller appliance.  Usually a 4” liner can be inserted into the old chimney however, this is not always possible.  Sometimes a chimney is ‘offset’ and this can make pulling a new liner next to impossible.

The added cost of installing a chimney liner is, many times, enough to cause the homeowner to entertain replacing it with a high efficient type which no longer uses the old metal lined chimneys, or even an electric water heater which negates the need for a chimney at all. The cost of a chimney liner is definitely influential in that decision especially if the water heater is already old and close to replacement time.

This is causing a large influx of homeowners asking for quotes on high efficient gas tanks and even the Tankless water heaters which are now available in the larger capacities and able to handle our cold ground temperatures in winter.  The tankless units we install can handle as little as a trickle of water to run a shower, running the dishwasher while washing clothes all at the same time. You can set the temperature of your water in case you have young children in the house or nice and hot if that’s your preference. Today we have the option of even controlling our home’s hot water through Wi-fi. 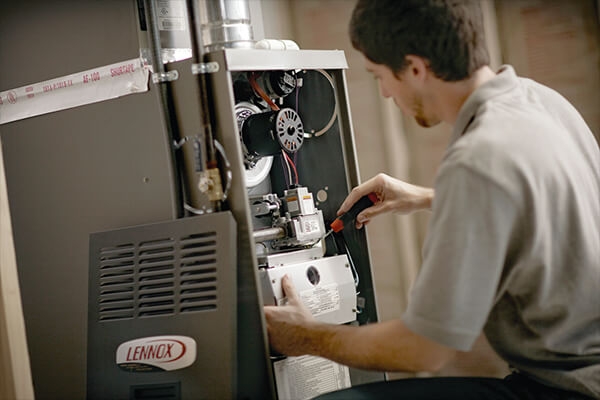 When do I get my furnace serviced? 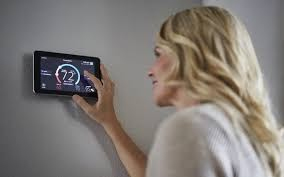 Does it matter what kind of thermostat you have in your home? 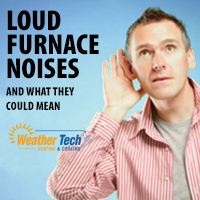 Loud Furnace Noises And What They Could Mean